Play-Ground challenges the conventional paradigms of athleticism, which are commonly centered around formal mechanics and structured routines. Doing so, dynamic volumes and hybrid programs, called play spaces are created, which blur the delineation between free play and formal play, and ultimately enhance the typical amenities of a sports city.
LIVE + PLAY
The Residential District comprises the Athletes’ Village, and Plaza, as well as the Modular Park that intersects within the Mappanese community. An active lifestyle is being promoted by the use of the “Play Modules” and “Play Parks”.
LEARN + PLAY
A recollection of athletic achievements and a venue to engage the mind through holistic stimulation of the senses. The District's dynamic theme is conveyed through sinuous lines and planes all over the site.
REST + PLAY
The Recreational District is the gateway to the whole “Play-Ground” Development. In this area, a Transport Terminal is introduced to allow ease of access among visitors and athletes alike.
TRAIN + PLAY
The Sports District is the core of Play-Ground. Play stems from the Arena as the District’s central structure, radiating outward to the Leisure Park and Football Field as programmed landscapes.
COMPETE + PLAY
All routes converge at the Arena. The main indoor hall is enveloped by a multi-level network of Play Corridors and Active routes. This combination of spaces makes the Arena conducive to both free play and formal play, reinforcing inclusivity and a sense of belongingness for the residents of the sports citadel.

Play-Ground hopes to become a timeless and inclusive development for the people of Mappano and Turin. 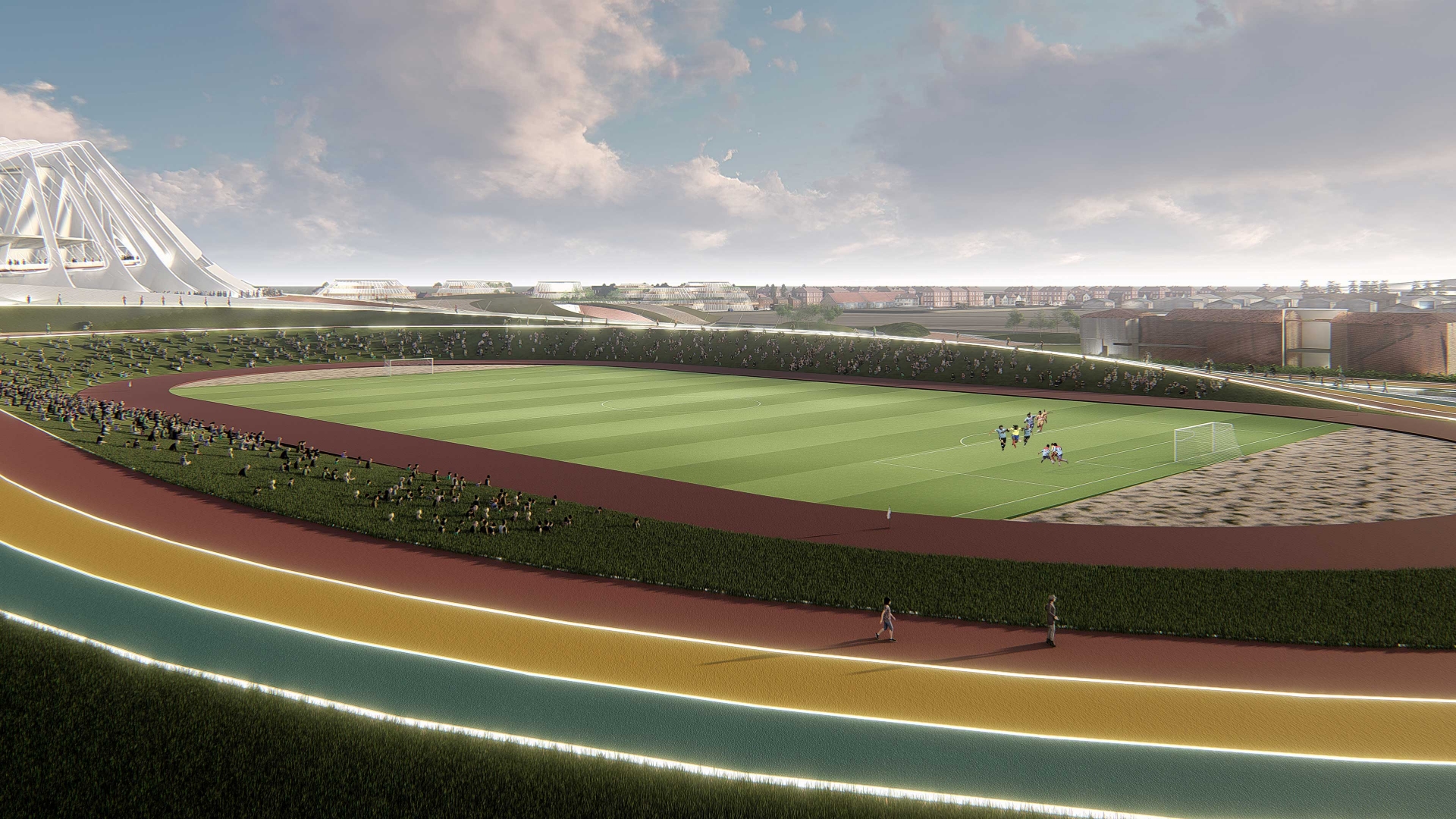